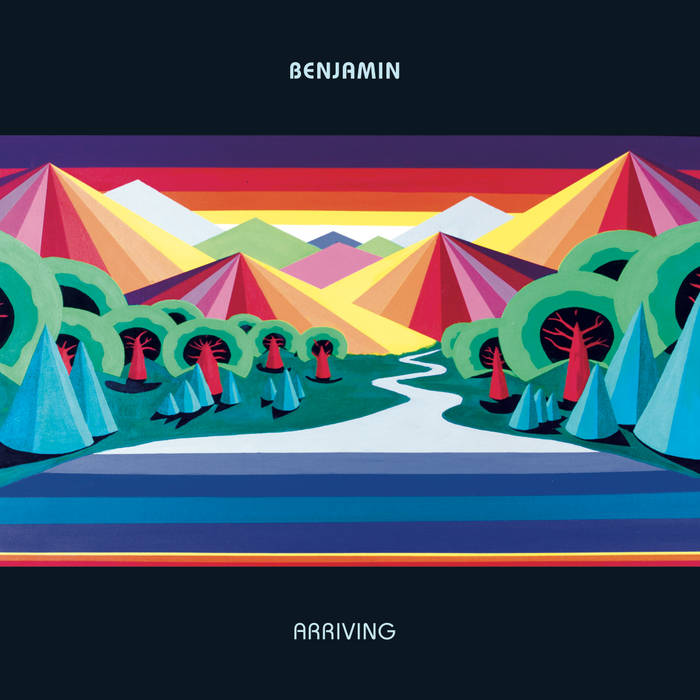 roddersztsc Such a superb melodic release from the multi-talented Benjamin. Can't wait for the next release. A pleasure to listen to.

BENJAMIN steps forth with a deep and introspective take on life and love in their first official full-length album for Cherries. With the leading single “Those Memories” released on 7” vinyl back in November 2015, Benjamin set the stage for their brand of soulful, melodic funk. ‘Hello’, the introduction into the world of BENJAMIN, starts the album and also sets the tone for this unique and timeless album.

“I Almost Lost My Faith In Love”, a live, uptempo disco-esque funk jam is sure to ignite dance floors and please fans of 70’s style and modern funksters alike. “This Time” appears in it’s original version, a more raw vocal & guitar heavy take. Benjamin’s musical diversity and range is shown with “Closer”, a beautiful ballad with a slick, swelling synthesizer line and a hard drum machine pattern that will be sure to resonate with boogie & modern soul lovers. “N-E-E-D-L-O-V-E”, is an electro funk jam of the highest caliber. With a retro drum machine, a few synthesizers and a grand piano, Benjamin leaves you with an 80s inspired electro beat, but with a deep and inspiring worldly message. The finale ‘Arriving’ is a growing and building modern funk instrumental that ebbs and flows. It slinks along through your ears and into the future, giving us a feeling that this is just the beginning, and we are all “Arriving” into a new place, a new time, and a brand new sound for Cherries and the world alike.

ABOUT BENJAMIN
In 2012, a chance meeting at Bed-Stuy, Brooklyn’s iconic Tip Top Lounge grew into the multi-instrumentalist duo that is BENJAMIN. Up until this point, the two existed in eerily parallel worlds but had never met. Ben Pirani and Ben Carey are both sons of the Midwest (Chicago/Minneapolis) who grew up in musical families, founded long-running soul DJ nights (Windy City Soul Club/ Hot Pants MPLS), and independently produced original music. BENJAMIN’s sound stems from a wide range of musical influences grown out of years of DJing, record collecting and playing in various bands since the 1990s. Never confined to just one genre, BENJAMIN is currently working on projects that range from storming Northern Soul to dark Jazz-Rock Fusion. Their upcoming first LP Cherries release “Arriving” zeros in squarely on modern soul and 80’s funk. Stay tuned, as this release is just only a brief foray into the deep musical vaults of BENJAMIN.

Bandcamp Daily  your guide to the world of Bandcamp